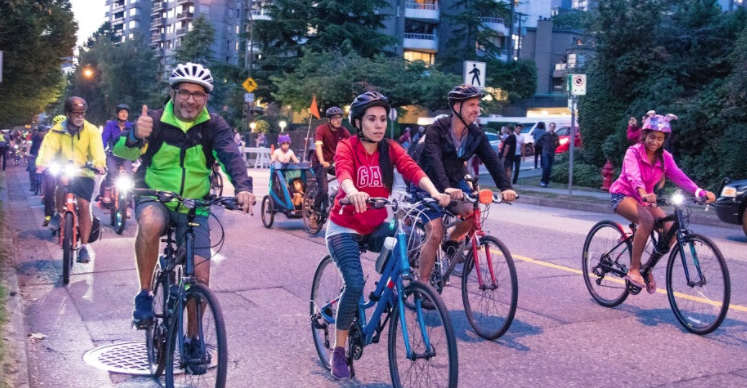 In 1996, feeling uncomfortable cycling on roads in urban areas was the expected norm. It felt unsafe crossing bridges and major roads to get from one community to another, and accidents weren't unusual; streets were designed almost solely for motor vehicles.

HUB Cycling (formerly the Vancouver Area Cycling Coalition) was formed with a vision that the cycling community could have a significant impact working together across Metro Vancouver for better roads and connections, protected bike lanes, and better rules, laws, and education to make cycling a lot better in the region.

Starting with successes like bikes on transit and bridges, and more bike-related signage, signals and separated paths and lanes, HUB began to make an impact on the network, as the community became a growing membership. In 2006, we ran our first public cycling education courses, now called Streetwise Cycling Courses. In 2007, HUB hosted its first Bike to Work Week in Metro Vancouver, and soon we became known for not just action but also education and events.

Today, there are ten Local HUB Committees, representing 18 Metro Vancouver communities, each with a primary focus of working with local communities and governments to keep cycling growing.