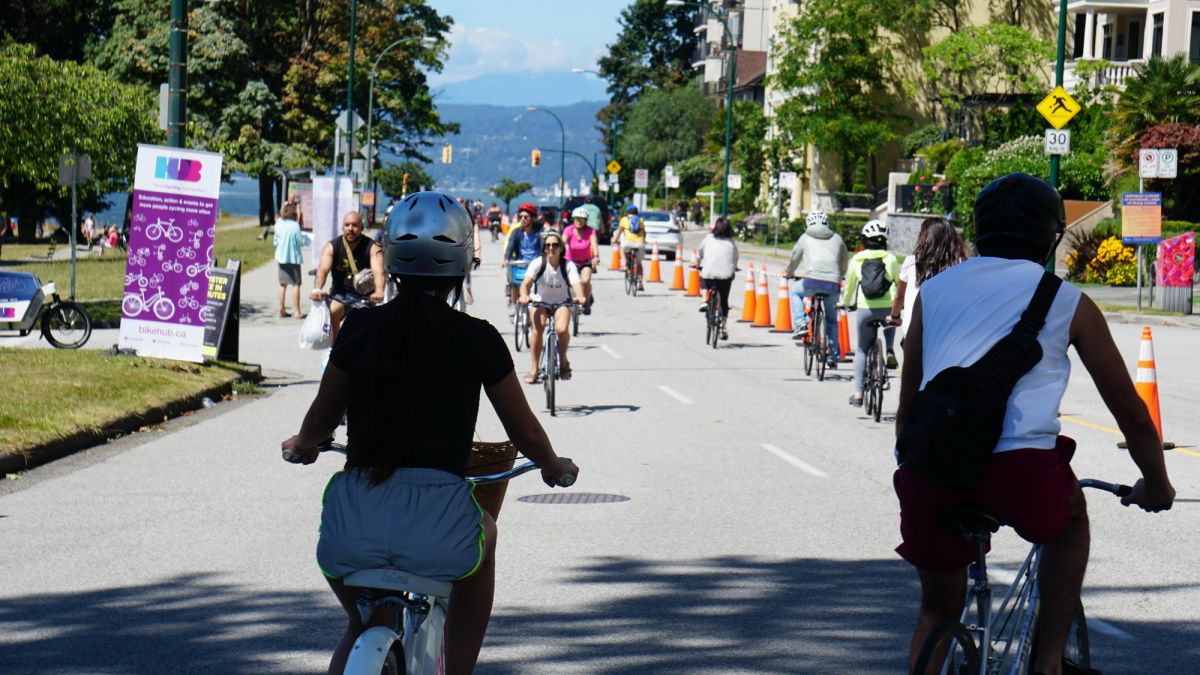 Ride your bike in Vancouver or UBC/University Endowment Lands? Interested in local cycling advocacy, education, or events? Attend the next Vancouver/UBC Local Committee meeting to see what's happening. We're always looking for new members. All are welcome - no experience required!

Email Jeff Leigh, the Chair of the Vancouver Committee, to find out more about the committee.

The Vancouver Local Committee meets virtually due to Covid-19. Contact vancouver@bikehub.ca to be added to the mailing list and receive meeting announcements, agendas, and meeting links.

The Vancouver UBC Local Committee works to prioritize cycling infrastructure issues throughout the city. Improvement opportunities are prioritized with the aim of creating more “Safe Routes to Places That Matter.” We consider utility, safety, and feasibility in our evaluations. Our aim is to get more people riding, more often, so we look for opportunities that will have the largest impact. A map of all City of Vancouver and UBC Cycling infrastructure, as assessed by the HUB Cycling State of Cycling benchmarking project, as well as our identified cycling network gaps, can be found here.

The following are a selection of our top priorities for 2021: 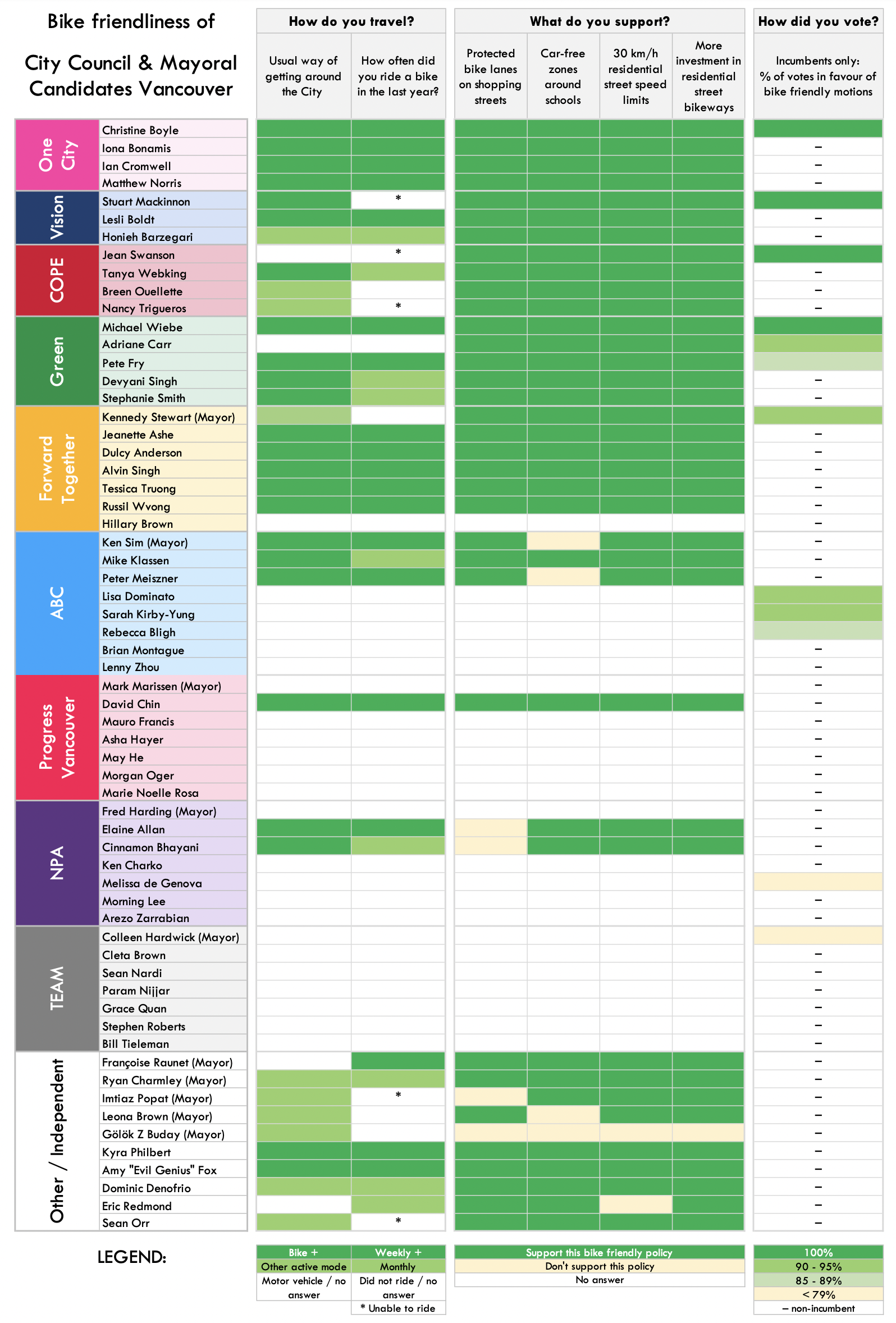 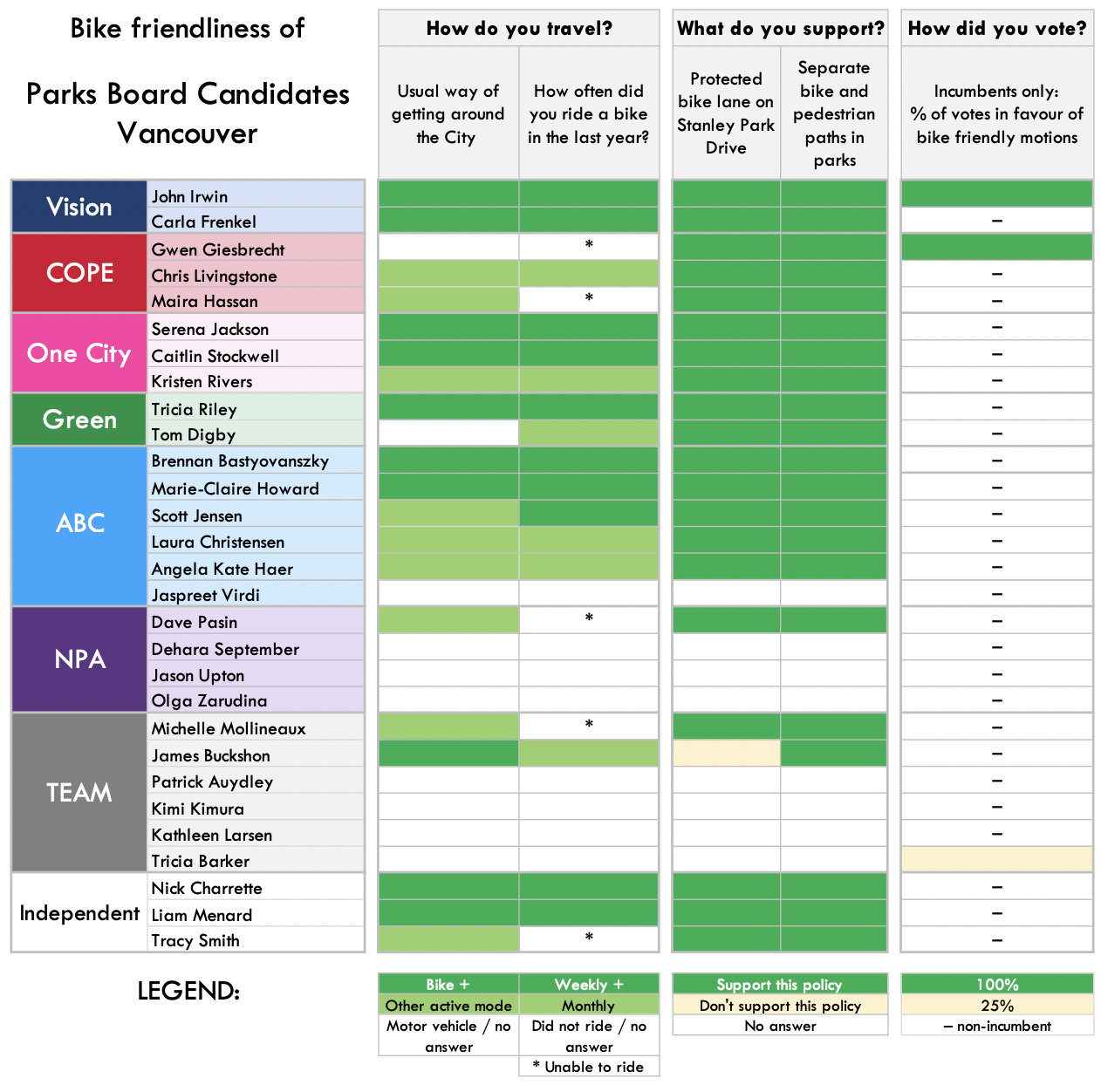 Stanley Park is a jewel in Vancouver and treasured by all.  It has been open to visitors since its origin as a park in 1888 by walking and cycling and later by car, bus and other rolling devices. The seawall, the most popular recreational site in the city, circles Stanley Park and beyond. A victim of its own success, it is regularly very congested.

During the pandemic in 2020, the Park Board moved quickly to allow people to bike safely on the roadway in the park to help allow people to distance when biking and walking. The uptake was immediate and massive; during the summer months, there were typically 4,000- 6,000 people1 cycling the roadway every day in the Stanley Park.

In a 2020 survey conducted by the Park Board, the majority of respondents said they enjoyed the changes and would like to see future consideration of dedicated road space for cyclists along with car-free days in Stanley Park.  In a 2021 survey, almost three-in-five Vancouverites (59%) thought allowing the 2021 temporary Stanley Park bike lane is a “very good” or “good” idea.

Vancouver's Climate Emergency Action Plan issued an urgent deadline to reduce our carbon pollution by 50% by 2030. Burning fossil fuels in our vehicles is the second most significant source of carbon pollution. We must aggressively reallocate road space to create more equitable active transportation options in our city, just like the reallocation of road space in Stanley Park.

Park Board will vote on a permanent reallocation of park roadway space after staff conduct engagement and research on the idea this year. They must vote a resounding "YES".

The City of Vancouver and TransLink have created maps of the cycling networks in Vancouver to help all cyclists navigate safely and comfortably on their bikes. These maps are updated regularly to provide current information on cycling and show the comfort levels of each route based on how separated it is from traffic. PDF versions of the maps for Vancouver are available at the links below.  Cycling maps for other Metro Vancouver municipalities are available at bikehub.ca/maps.

Reporting Concerns: If you see something that needs to be fixed within the City of Vancouver, call 311 to report it.

As part of HUB's State of Cycling project, BikeMaps.org produced a series of maps highlighting conflict areas for cyclists across Metro Vancouver. See the map for 'hot spots' in Vancouver. Please note that these maps show conflicts, but don't account for ridership levels. You can log conflicts/crashes and near misses on BikeMaps.org. Help improve cycling infrastructure and close 'gaps' by getting involved with HUB Cycling's work in your area. See details above for the Vancouver Local Committee. Special thanks to BikeMaps.org for all their help and assistance in producing these maps.