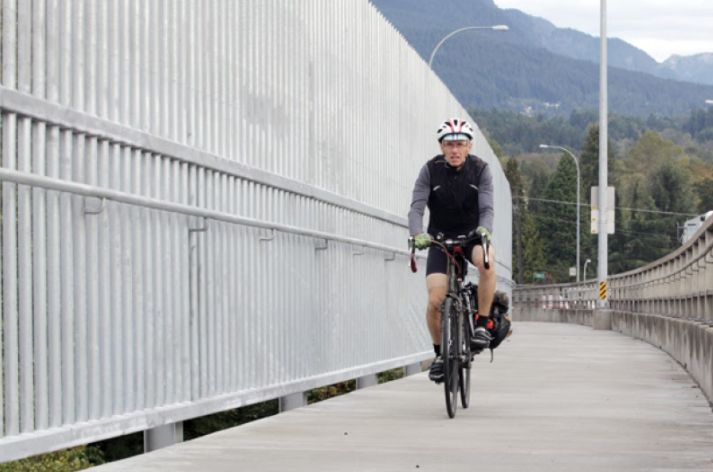 Attend the next North Shore Local Committee meeting to see what's happening. All are welcome - no experience required!

Join our mailing list via groups.io to get regular updates, follow the public discussion about cycling on the North Shore, and to receive meeting announcements and links.

Visit wiki.bikehub.ca to see past agendas, meeting minutes, letters, documents, and more information about the committee

Please note that the committee currently meets online due to COVID-19. See below for details.

Over the past year, the North Shore Local Committee has:

New bike infrastructure that has been built in the past year includes:

The City and District of North Vancouver, District of West Vancouver, and TransLink have created maps of the cycling networks on the North Shore to help all cyclists navigate safely and comfortably on their bikes. These maps are updated regularly to provide current information on cycling and show the comfort levels of each route based on how separated it is from traffic. PDF versions of the maps for North Vancouver & West Vancouver are available at the links below.  Cycling maps for other Metro Vancouver municipalities are available at bikehub.ca/maps.

As part of HUB's State of Cycling project, BikeMaps.org produced a series of maps highlighting conflict areas for cyclists across Metro Vancouver. See the map for 'hot spots' on the North Shore. Please note that these maps show conflicts, but don't account for ridership levels. You can log conflicts/crashes and near misses on BikeMaps.org. Help improve cycling infrastructure and close 'gaps' by getting involved with HUB's work in your area. See details above for the North Shore Local Committee. Special thanks to BikeMaps.org for all their help and assistance in producing these maps.