Spotlight Series: Ulyana and Lucy cycle through Metro Vancouver and into Go by Bike Week 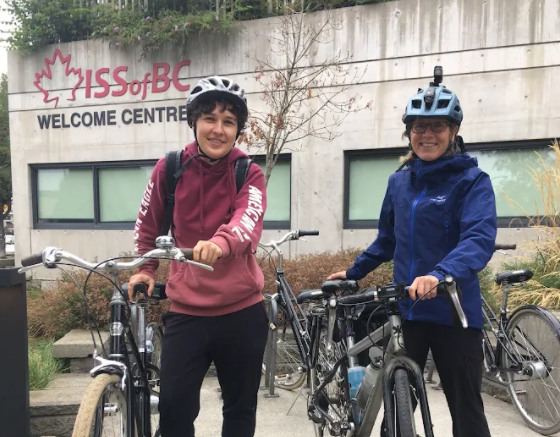 The Newcomer Bike Mentorship Program returns in 2021 after a two-year hiatus.

The Newcomer Bike Mentorship Program is a collaboration between HUB Cycling and the Immigrant Services Society of British Columbia (ISSofBC). The program matches recent immigrants and refugees with local volunteer “mentors” for companionship and cultural orientation to Vancouver’s active transportation lifestyle.

We met up with one of this year’s Bike Mentorship matches, Lucy and Ulyana, as they cycled through Metro Vancouver and into Go by Bike Week.

The last time Ulyana rode a bike was over a decade ago, so she’s rather impressed at her cycling accomplishments since joining the Newcomer Bike Mentorship Program in September. She and her mentor, Lucy, meet up once a week and have ridden as far as North Vancouver and Richmond.

“I couldn’t believe how far I could ride! I don’t know, maybe next time we will ride to Coquitlam!” Ulyana writes of her experience and ambitions for riding in Metro Vancouver.

With the help of Lucy, who was also a program mentor back in 2017, Ulyana’s learned how to make shoulder checks, bike hand signals, as well as how to travel during rainy weather. Lucy loves seeing people new to Canada develop confidence on a bike and the program has been a great starting point for locals and newcomers to explore the city together, chat as they go, and learn about each other.

“We’ve talked about a lot of different things, from our families and the foods we like (and don’t like) to the pros and cons of different job offers and when to use “few” versus “a few.” Somehow we always come back to food though,” Lucy writes.

During the program, which ran from September to November, the two also had the chance to check out HUB Cycling’s Go by Bike Week, a week-long behavioural change campaign across Metro Vancouver that encourages people to get out and cycle anywhere and everywhere.

For Go by Bike Week, Ulyana and Lucy volunteered at one of the event’s Knowledge HUB Stations at Granville Square by Waterfront Station on September 27th. It was rainy and wet, as expected for a typical fall day in Vancouver, but that didn’t dampen the spirit of the volunteers or event participants stopping by. “Everyone who stopped by was in a cheery mood,” Ulyana recounts, and she was also impressed by the quality and content of the event, “not only did it educate people about the advantages of bike riding, but HUB Cycling also shared free regional cycling maps and offered free bike maintenance!” 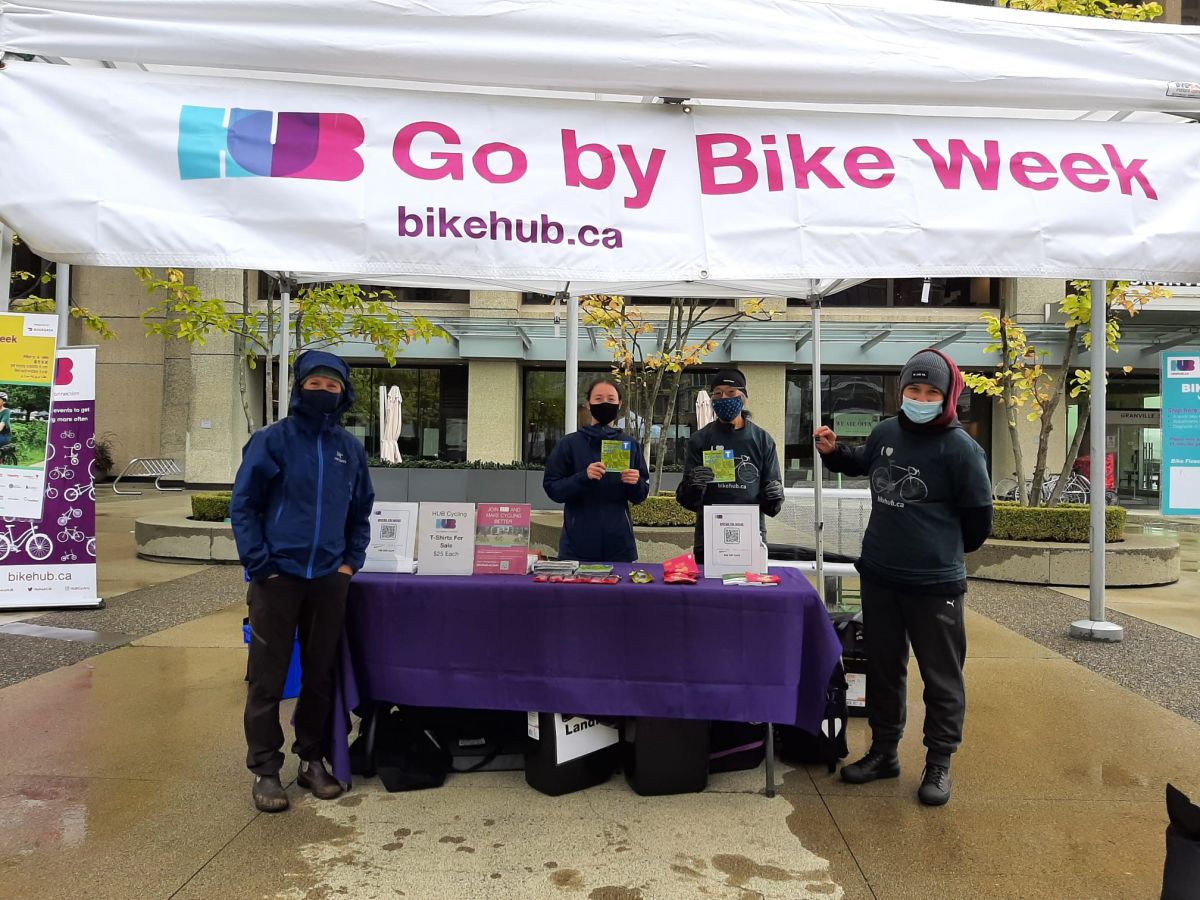 Luckily, the final day of Go by Bike Week was met with full sun, and the pair biked over the Lions Gate Bridge on their way to a Knowledge HUB Station at Science World. They stopped in for snacks, said hello to HUB Cycling staff, entered the prize draw, and took some photos and videos to send to Ulyana’s brother, who is a keen cyclist. In fact, Ulyana joined the Newcomer Bike Mentorship Program because she wanted to create an emotional connection to her brother and family, who, unfortunately, now live in another country.

Ulyana and Lucy’s last official ride together will be to and from the group graduation event. But, for Ulyana, there is no “end” to the program. She hopes to continue riding her bike and to cover new ground. And most of all, she hopes that her brother will visit Canada one day so that she can become his mentor and show him all the wonderful cycling Vancouver has to offer.