An error in our tabulation of the voting record data has resulted in inaccuracies for a few candidates. This has particularly affected Councillor Swanson, who was previously shown to have voted against 3 bike-friendly motions.

After correcting the data, voting records showed that Councillor Swanson voted in favour of all the motions related to bicycling, active transportation, and/or slow streets in the period from January 2019 to August 2022.

The Vancouver Local Committee scoured through Council and Parks Board votes to find out how incumbent councillors and commissioners voted on bike-related motions. With all incumbents except for Camil Dumont, Dave Demers and John Coupar from Park Board running again, it is important to know how they voted to make an informed decision at the polls, voting in bike-friendly councillors and parks board commissioners. In addition to voting records, we will also survey candidates across the region to determine their positions on active transportation and cycling, and have put together a Cycling Platform that candidates can endorse. 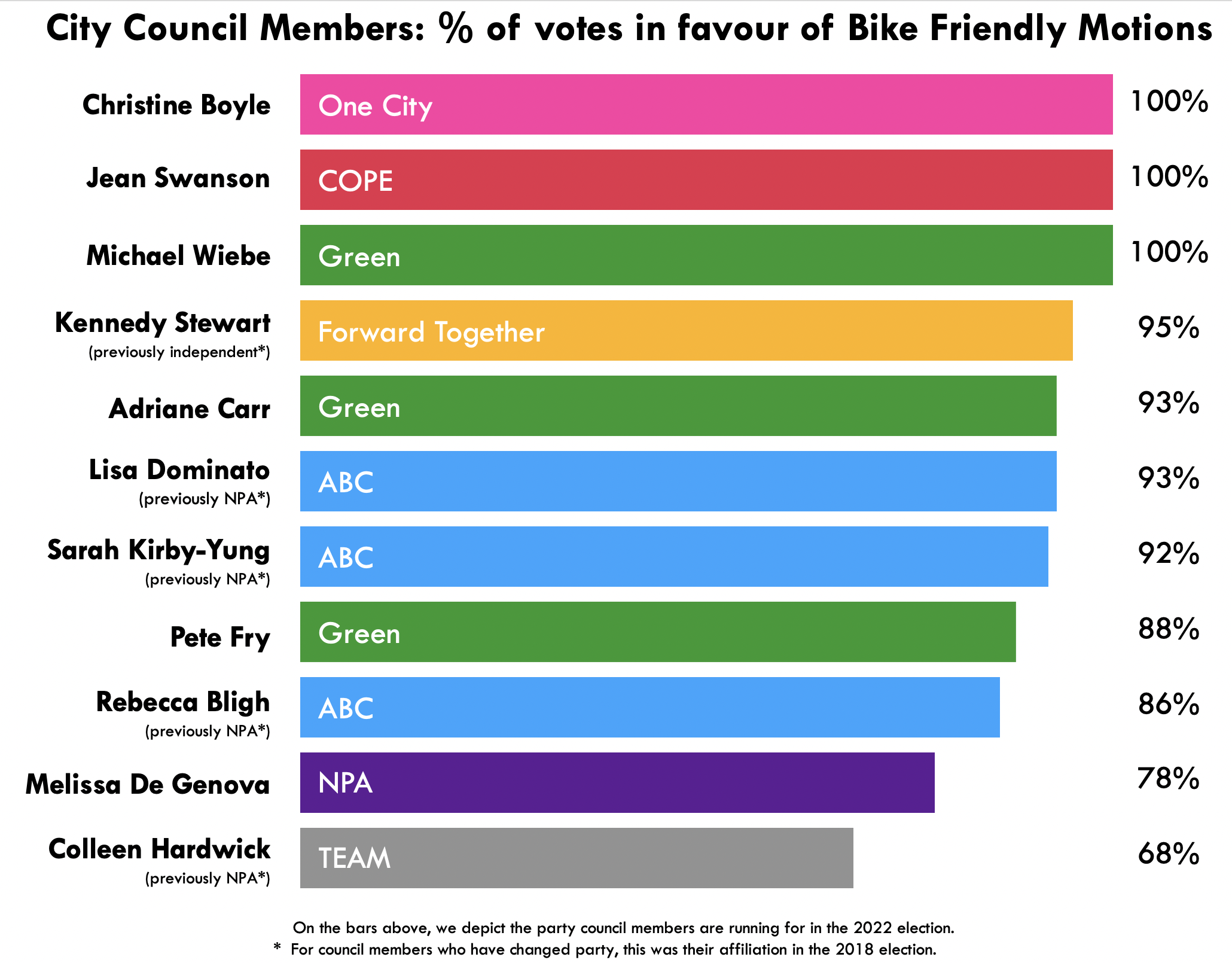 We identified 27 Council votes related to bicycling, active transportation, and/or slow streets in the period from January 2019 to August 2022. Two-thirds were passed unanimously, underscoring the importance of active transport to the citizens of Vancouver.

There were differences in voting patterns across council members and civic political parties. 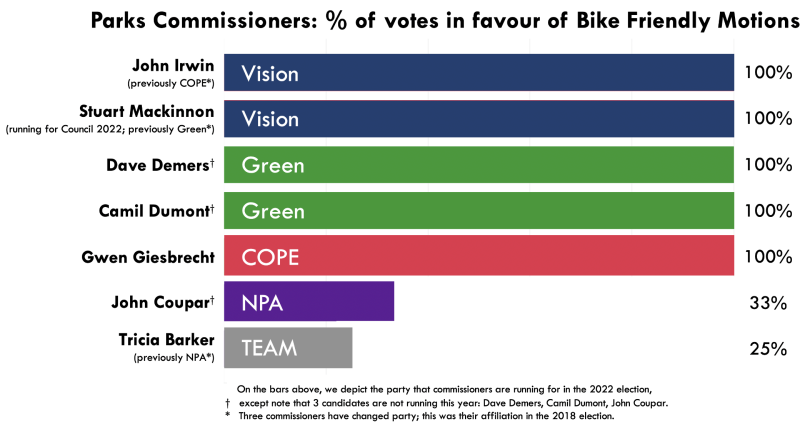 We identified 12 Parks Board votes related to bicycling, green transport, micromobility, and slow speeds in the period from January 2019 to August 2022. Three were passed unanimously, but for the rest, there were differences in voting patterns across commisioners and these followed party lines.