Is there a pothole that needs filling on your bike route?

A conflict area that could use green paint or plastic bollards?

Launched in 2018 as part of HUB Cycling’s 20th Anniversary, the 20 in 20 Infrastructure Challenge is a friendly competition encouraging decion-makers across the region to complete up to 20 quick bike infrastructure fixes in up to 20 days. The Challenge ran from July to November 2019. Scroll down to see Quick Fixes completed in your community! Thanks to HUB Cycling’s Local Committees for submitting 363 Quick Fix suggestions. 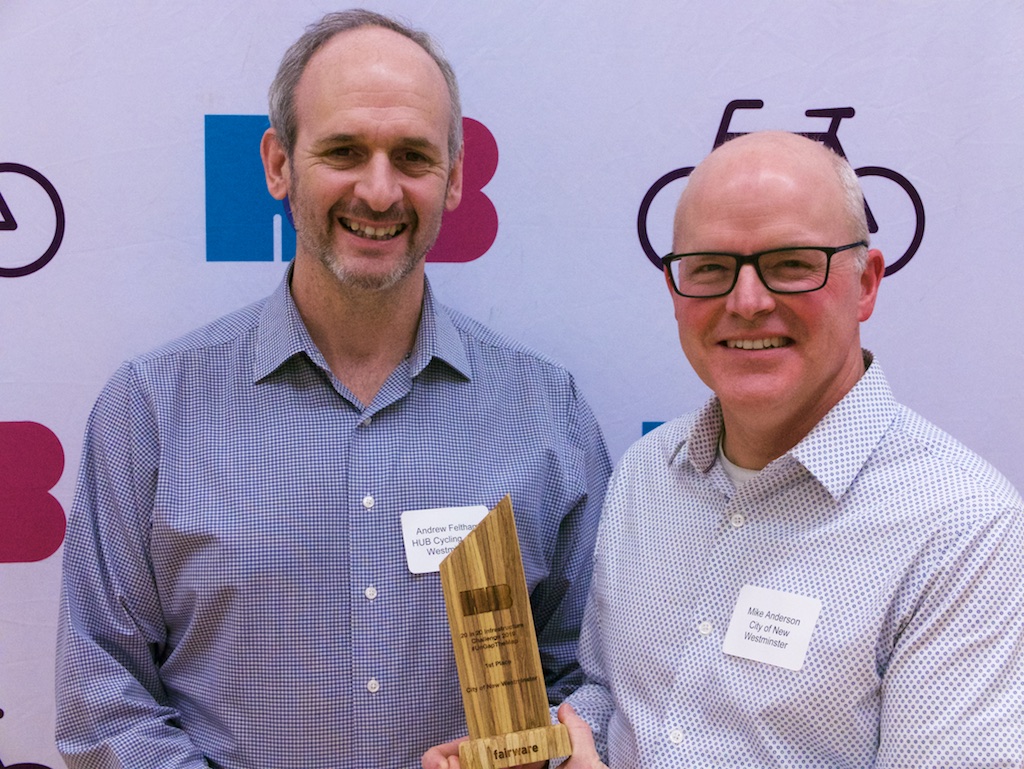 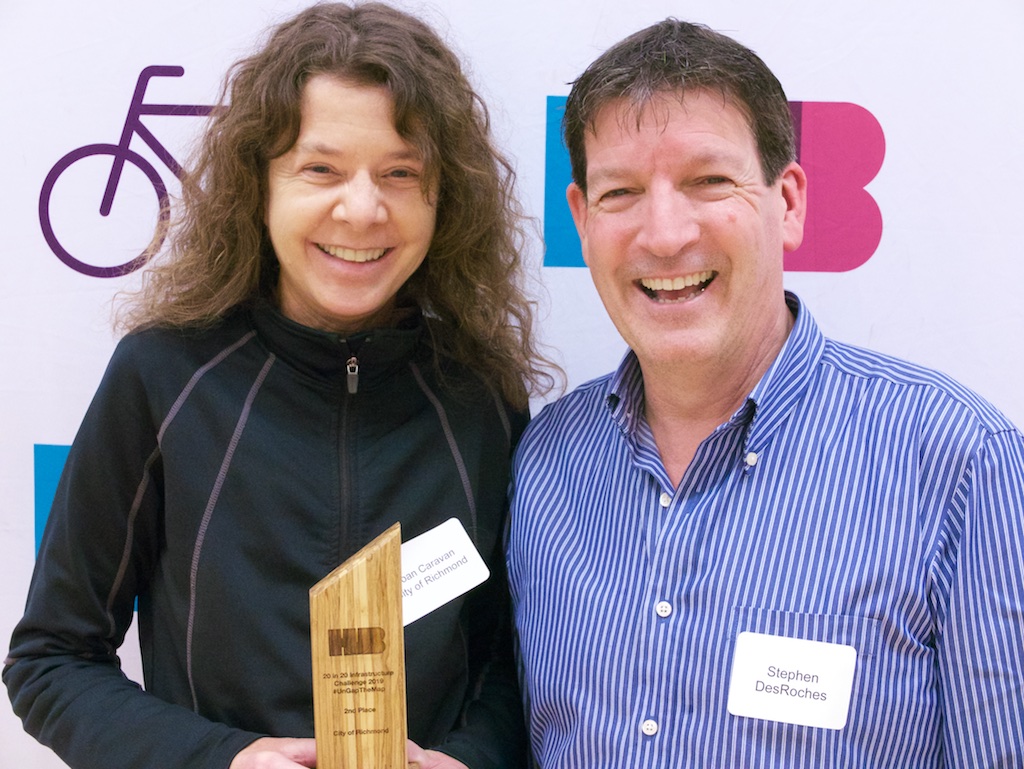 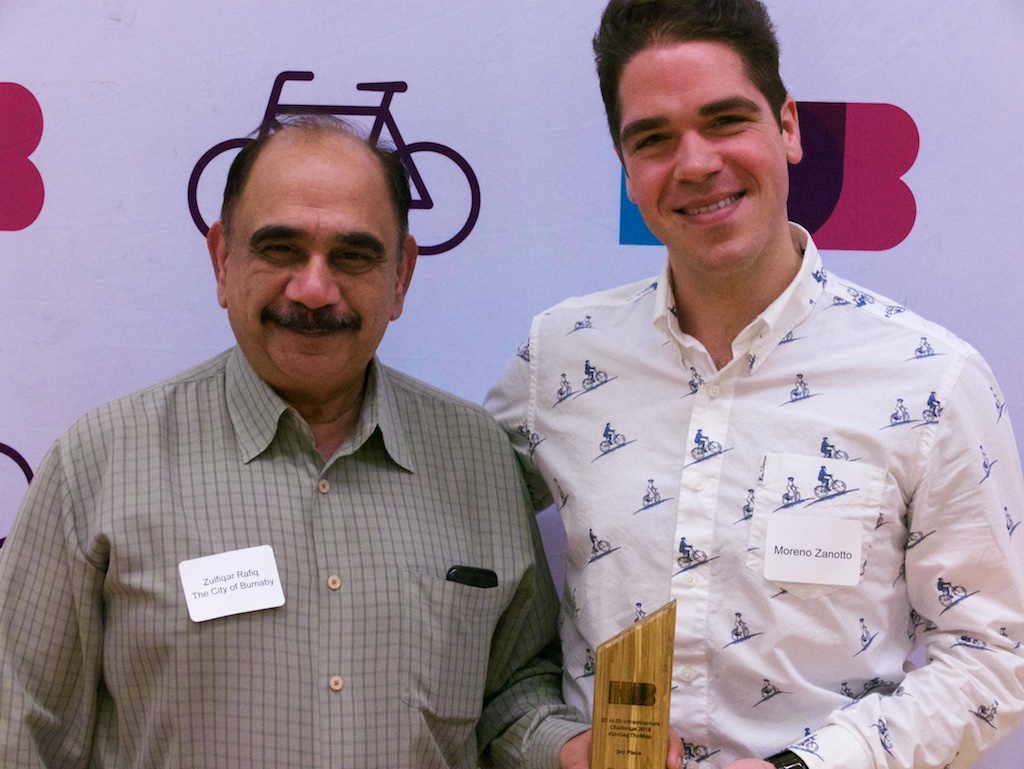 Explore all 66 Quick Fixes on our interactive map 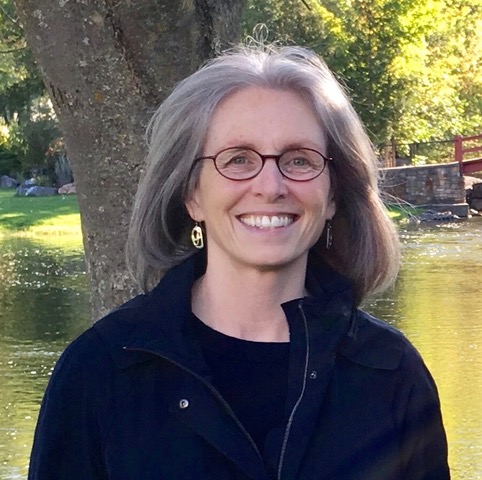 Kay Teschke is Professor Emeritus, School of Population and Public Health, UBC. In 2004, she initiated the Cycling in Cities Research Program to investigate route infrastructure that encourages or discourages bicycling and increases or decreases cycling injury risk. It has contributed scientific evidence for building safer routes that welcome cycling in North American cities.

She currently serves on the HUB-TransLink State of Cycling project, two BC Road Safety Strategy Working Committees, the BC Road Safety Law Reform Group, and WorkSafeBC’s Board of Directors.

Some of the more recent transportation safety studies she has worked on focus on road safety for all road users as well as vulnerable road users, including studies for the City of Calgary, City of Vancouver, and the City of Edmonton. 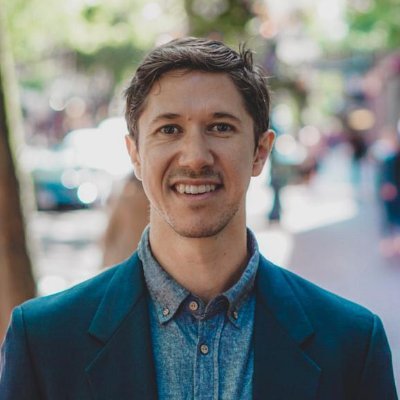 Mitchell Reardon is the senior lead for urban planning, design and experiments with Happy City. Mitchell  helps build community in neighbourhoods around the world. His work is informed by diverse and sometimes unorthodox approaches to urban planning, design, engagement and research. He has helped create smiles in Vancouver to Vijayawada and Denver to Rotterdam.

Mitchell has pioneered public space wellbeing assessments, embedded engagement approaches and unique experiments on social trust. He has conducted tactical urbanism interventions in cities around the world and activated laneways here in Vancouver. He loves Vancouver and lives the multi-modal dream that the city offers.

He has guest lectured at the University of British Columbia, the Swedish Royal Institute of  Technology, Duisburg-Essen University’s Centre for Urban Epidemiology and more. His work has been featured on BBC, CBC, Next City and more. Find him on Twitter:@MitchellReardon