HUB Cycling is a member of the Road Safety Law Reform Group, whose membership also includes the BC Cycling Coalition, health researchers, and the Trial Lawyers Association of B.C.

The committee has made several recommendations to the Provincial government on making the law friendlier for people cycling and fairer for all.

The aims of reform include:

All of the following organizations have endorsed this position paper:

"The name itself is biased," said David Hay, Bike Lawyer and Group Chair. "It's inherently favourable to people who aren't vulnerable road users." The committee recommends renaming it the "Road Safety Act" to be more inclusive and show the rules are about promoting safety for everyone.

The last update to the Act was in 1996, and the last major revision in 1957, but much has changed since then, including cycling growing significantly and becoming a much more viable mode of transportation, along with its benefits of affordability, health, space efficiency, and better air quality.

Any changes are up to the provincial government. A snapshot of a few of our requested reforms: 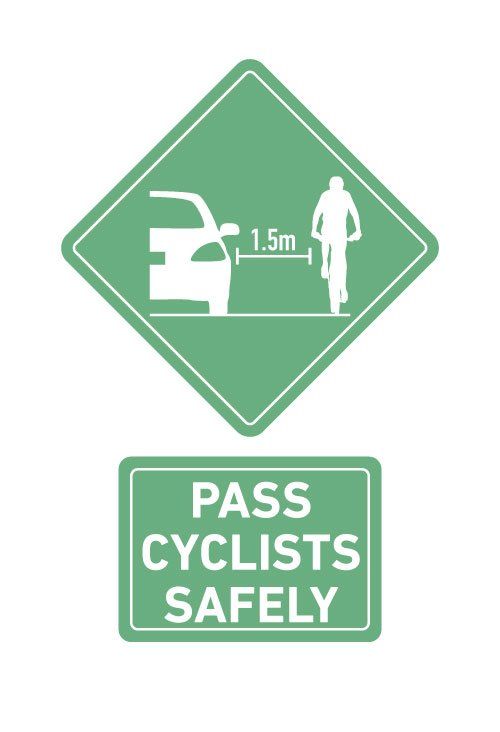 In progressive cycling jurisdictions, you must give people cycling a 1 - 1.5 metres of space. B.C.'s law, however, is silent on minimum passing distances despite it happening 1 out of every 17 times a person cycling is passed. 39 states and provinces in North America have already established similar minimum distances for vehicles when passing people cycling. Ontario passed this law in June 2015 and enforces it with sonar distance devices.

The BC Cycling Coalition developed an outline including case studies and legislative language from other jurisdictions, which can be found here.

Currently, municipalities must sign each block of specialized speed limits, which is costly. Granting the power to municipalities to enforce blanket speed limits and create a default 30km/h speed limit zones (on local streets with no centre lines, for example) will increase safety for everyone using neighbourhood streets.

We have seen some success here as a result of our advocacy: As of Monday, Sept. 21, 2020, BC increased fines for drivers opening doors onto people cycling to between $368 (up from $81). Dooring is a common safety issue for people cycling in all communities throughout the province, is the most common collision type in the city of Vancouver, and consequences can be serious injury or death.

Fines should also be increased for harassment of people on bicycle, for theft or tampering with bicycles, aggressive driving, and motorist negligence causing injury or death of vulnerable road user.

4. Update the name of the Act to Road Safety Act

The current name (Motor Vehicle Act) is exclusive and confusing, because people cycling are also under its jurisdiction. The improved Act would clearly promote safety, accountability and clarity for everyone.

5. Clarification on e-bikes and electric-assist bikes

Currently, there is confusion about what types of e-bikes and scooters are allowed to use cycling infrastructure. Clarity to restrict speeds, weights and motor size of e-bikes will keep road users safer.

How you can help?

If possible, consider donating to HUB Cycling and support our advocacy work to reform the outdated Motor Vehicle Act.

Your support enables us to make an impact on people of all ages and abilities, and promote access to cycling across regional and diverse communities.

What is the Impact of Your Generous Gift?