The Province of BC has approved Metro Vancouver’s transit and transportation referendum funding question. To see details and the exact refined question:

The referendum will be decided by mail-in ballots that will be sent out to Metro Vancouver residents beginning March 16, 2015. To provide time for public dialogue and to allow voters to fully inform themselves about their choices, the voting period will extend until May 29, 2015.

Metro Vancouver’s Mayors Council has welcomed the province’s decision to go ahead:

Last week, the Mayors' Council has announced and approved the question for the 2015 referendum ballot. HUB fully supports the Plan and encourages all supporters of a healthy and uncongested transportation system to vote yes to the new funding. 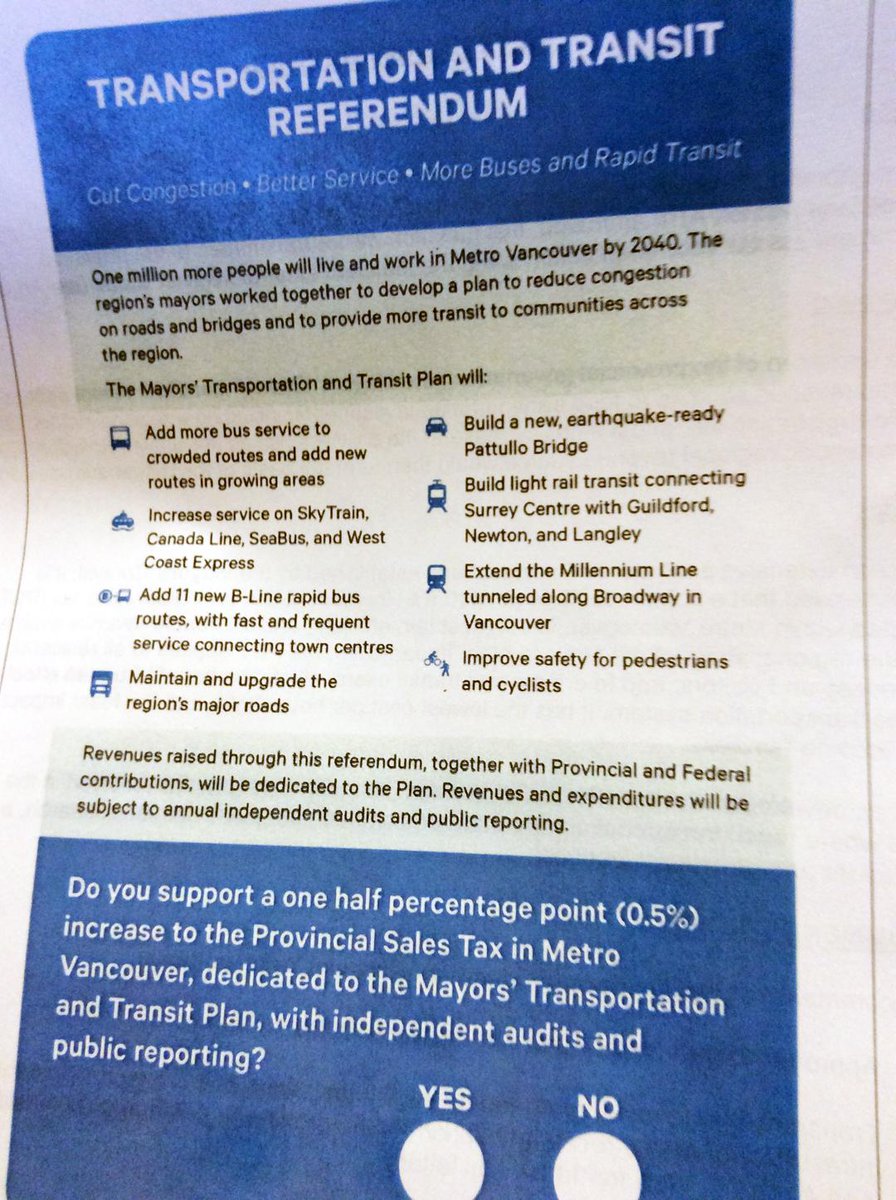 The question: Do you support a one half percentage point (0.5 per cent) increase to the Provincial Sales Tax in Metro Vancouver, dedicated to the Mayors’ Transportation and Transit Plan, with independent audits and public reporting?

Along with maintaining existing transit services, the proposed new 0.5% sales tax increase would add many more transit services to every area of the region. It will also increase cycling investment by 10 times.

This is an incredibly important vote, targeted to go to voters in spring 2015 as a mail in ballot, likely ending in April. An early photo of the proposed ballot is shown at right.

The provincial sales tax is the most equitable and affordable form of tax. An additional 0.5% equates to most households paying $50-$120 more per year, for the delivery of much-needed rapid transit (or frequent transit) to all areas of the region, along with 2,700 km of new bikeways across the regional cycling network to help #unGaptheMap.

To read the full Mayors' Council Vision that would become a reality if the vote passes, click here.

To watch a video that explains the plan and the referendum, click here.