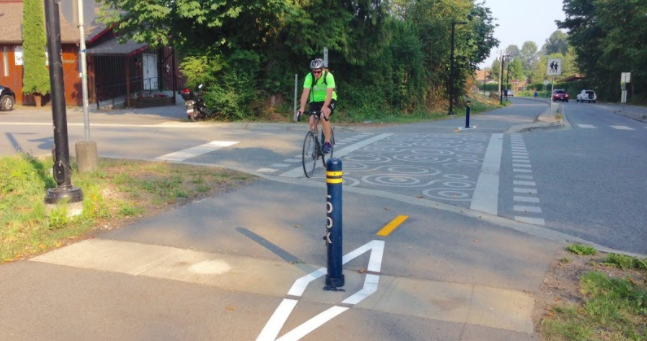 The purpose of this document is to outline HUB Cycling’s position on the use of rigid bollards. These are short posts securely mounted on the ground often made out of steel and/or concrete. Rigid bollards are placed on bike paths and multi-use paths to discourage motor vehicle access.

While rigid bollards can be effective at limiting motor vehicle incursion if used correctly, they are a safety issue for people cycling. Research by Cycling in Cities found that the risk of a crash for people cycling increased with infrastructure on the path such as rigid bollards. Riders can catch their handlebars or pedals on them, or just crash right into them. The hazardous nature of rigid bollards increases when people are unable to see what is in front of them, which occurs at night, when riding in groups or when approaching the bollard from a corner. The new BC Active Transportation Design Guide recommends that rigid bollards should be avoided. Other publications, such as the American Association of State Highway and Transportation Officials’ (AASHTO) Guide for the Development of Bicycle Facilities recommend that rigid bollards should only be used as a last resort.

Signage primarily directed at people driving should be used and should clearly indicate that the pathway is for active transportation users only, not motor vehicles. The design of the entrance to the pathway should also clearly show that it is not a road for unauthorized motor vehicles. A center island or divided pathway allows path users to pass through while restricting motor vehicles, as illustrated below.  Flexible bollards serve a similar purpose to rigid bollards, while being much more forgiving in the event of a collision. 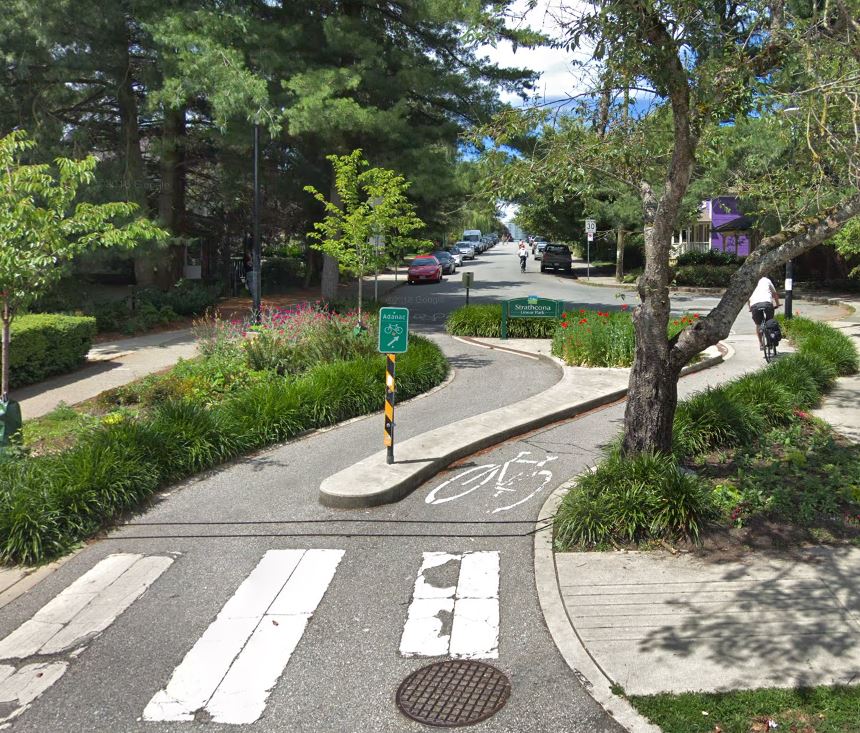 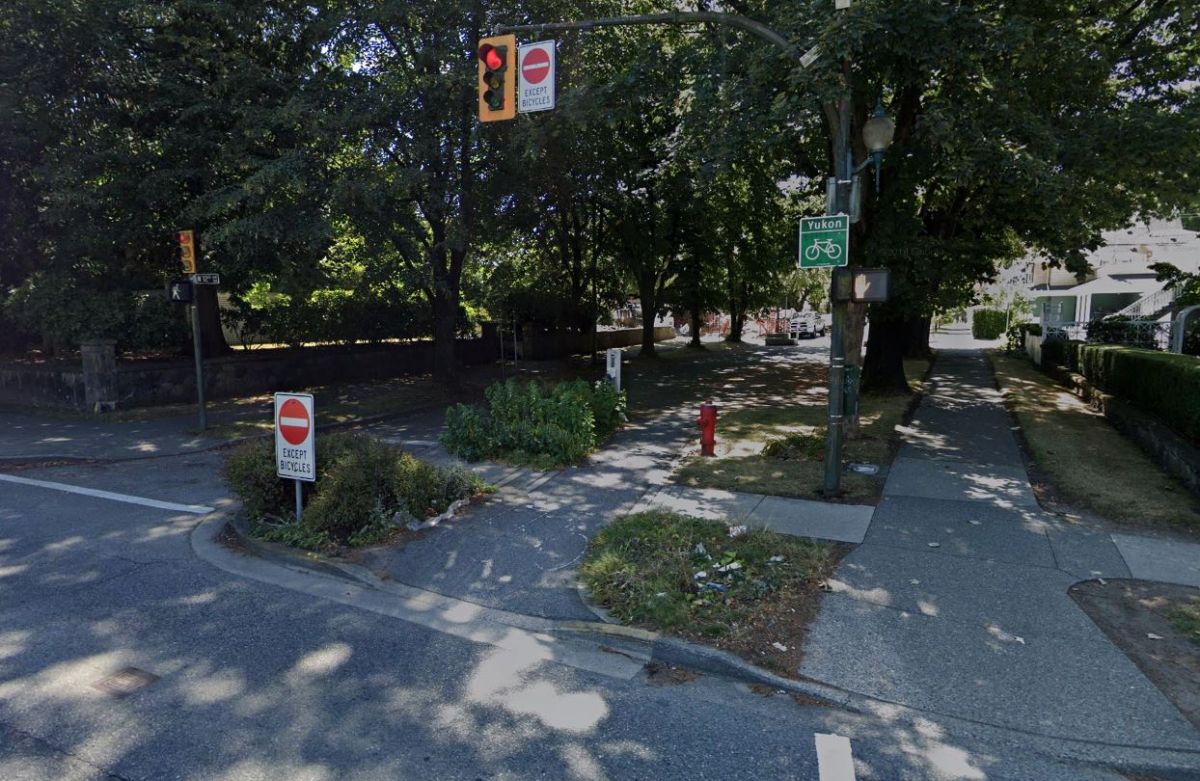 A multi-step program can be used to limit vehicle incursion before resorting to rigid bollards, as recommended by The American Association of State Highway and Transportation Officials (AASHTO). The first two stages are posting signs and designing the path entrance to discourage vehicle access. For the third step they note:

“Assess whether signing and path entry design prevents or reduces unauthorized traffic to tolerable levels. If motor vehicle incursion is isolated to a specific location, consider targeted surveillance and enforcement. If unauthorized use persists, assess whether the problems posed by unauthorized vehicle entry exceed the risks and access issues posed by barriers. Where the need for bollards or other vertical barriers in the pathway can be justified despite their risks and access issues, measures should be taken to make them as compatible as possible with the needs of bicyclists and other path users.”

If the measures outlined above are not having the desired effect on reducing motor vehicle incursion into the pathway, then rigid bollards as described in Recommendation 2 can be considered. Every attempt should be made to avoid the use of rigid bollards, and the safety risks to people cycling and other users should be carefully weighed.

Recommendation 2: Limit likelihood of collisions where rigid bollards must be used 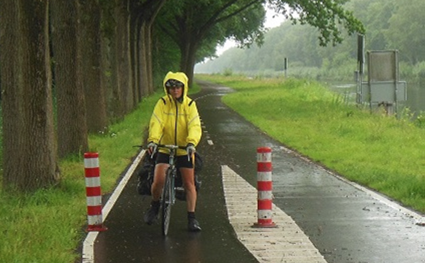 If rigid bollards are implemented, these guidelines should be followed:

American Association of State and Transportation Officials. (2012). Guide for the Development of Bicycle Facilities (4th Edition). Retrieved from http://imentaraddod.com/wp-content/uploads/2017/07/AASHTO-GBF-4-2012-bicycle.pdf

American Association of State and Transportation Officials. (2012). Guide for the Development of Bicycle Facilities (4th Edition). Retrieved from https://njdotlocalaidrc.com/perch/resources/aashto-gbf-4-2012-bicycle.pdf